The Authorship of A Lover’s Complaint: A New Approach to the Problem 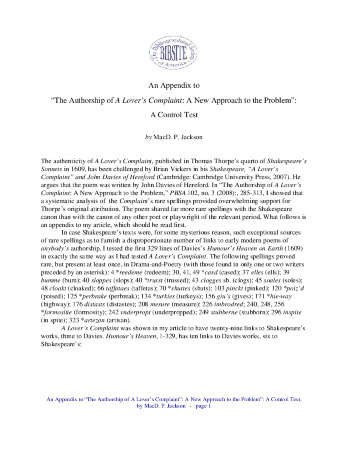